Hope Miyagi visited temporally houses in Shichigahama with volunteers from Minami Choufu Christ church and a team from Yokohama.  We sang folk songs together and had a good time sharing the love of Jesus.  People from those temporally houses had big smiles on their faces.  They have such a beautiful smiles!!  They seemed enjoyed the music very much and appreciated the message from Pastor Maeda.  We had snow cone for the fellowship afterwards.  Volunteers had such a good listening hearts and ears.  We appreciated the team from yokohama who entertain the kids vey well.  Praise God for Him working in people’s lives!  We ask you to pray continually for our people we love to find hope in Jesus. 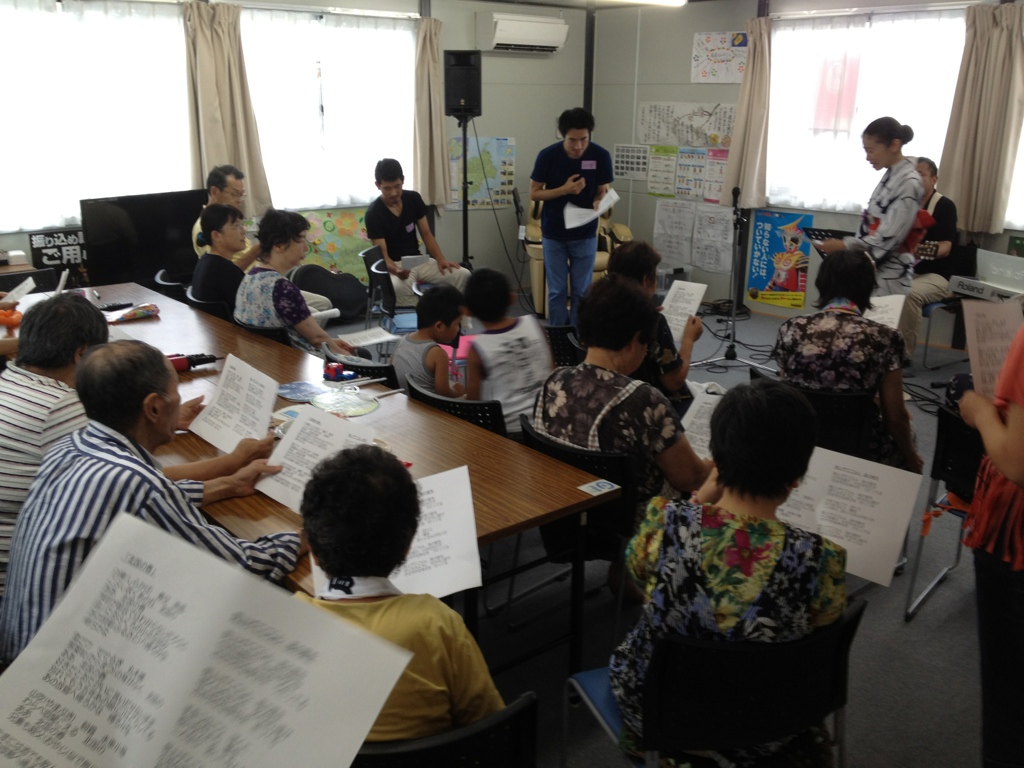